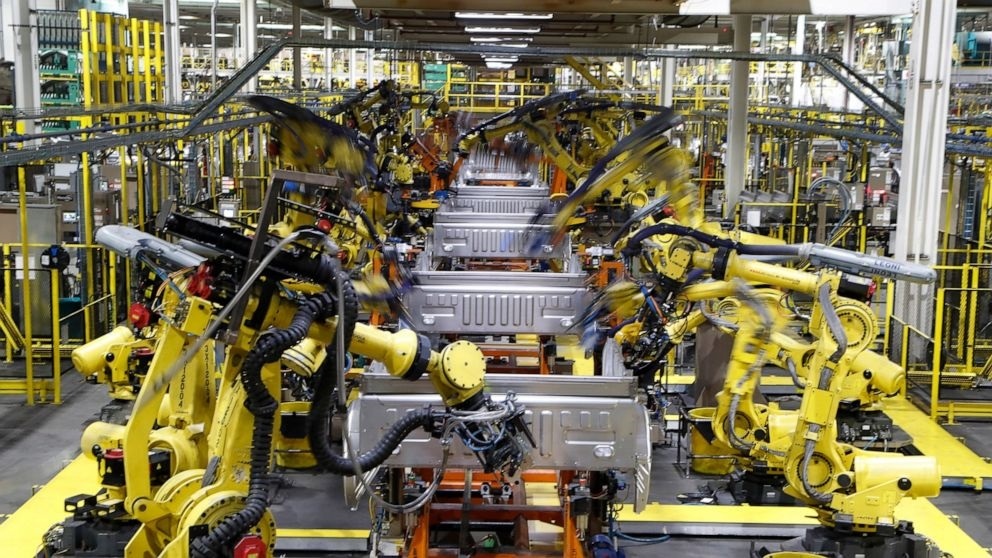 Manufacturing Slowing Down Nationwide, But Not in Texas

According to the National Association of Manufacturers, in
the United States manufacturing companies:

The Federal Reserve Bank of Chicago tracks the Chicago
Fed National Activity Index, a monthly index designed to
gauge overall economic activity and created from a
weighted average of 85 existing monthly indicators of
national economic activity. It is important to note that a
value of zero is associated with the national economy
expanding at its historical (average) rate of growth, while a
positive index reading indicates “growth above historical
average growth” and a negative index reading indicates
“growth below historical average growth.”

The 85 economic indicators that make up the CFNAI come
from four broad categories, including: production and
income; employment, unemployment, and hours; personal
consumption and housing; and sales, orders, and
inventories.

According to the release from the Federal Reserve Bank
of Chicago on October 26th, production moved negative,
while the contribution from employment was cut by about
half. More specifically from the release:

“Led by some further moderation in the growth of
production- and employment-related indicators, the
Chicago Fed National Activity Index declined to +0.27 in
September from +1.11 in August. Three of the four broad
categories of indicators used to construct the index made
positive contributions in September, but three of the four
categories decreased from August.

The conclusion to be drawn is that there was a decrease
in industrial production, which might indicate that the
recovery is slowing down. But in Texas…

According to the release from the Federal Reserve Bank
of Dallas – also on October 26th – Texas factory activity
advanced again, marking the fifth such month of
advances.

Directly from the release:

Other measures of manufacturing activity also point to
stronger growth this month. The new orders index
advanced five points to 19.9, and the growth rate of orders
index inched up to 14.3. The capacity utilization index rose
from 17.5 to 23.0, while the shipments index was largely
unchanged at 21.9.”

Further, the Dallas Fed reported that perceptions of
broader business conditions continued to improve in
October as:

• The general business activity index pushed further
above average, coming in at 19.8, a two-year high and

• The company outlook index moved up three points to
17.8, also a two-year high.