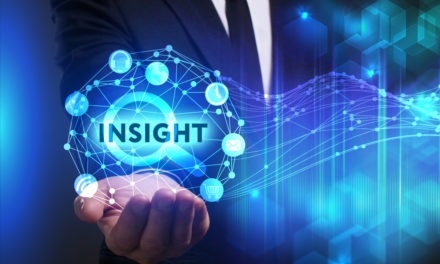 It was a mixed week for U.S. stocks, as small
caps snapped a two week losing streak and the
larger caps extended their losing streak to three
weeks
• The smaller-cap Russell 2000 jumped 2.6%
while the three major large cap indices all
pulled back, with the S&P 500 and NASDAQ
dropping 0.6% each and the DJIA losing a few
points and -0.03% on the week
• Investors were hoping for a turnaround this
week and it started that way until mid-week
when the Fed kept rates unchanged and
suggested that they might remain near zero
through 2023
• In a reversal from past weeks, Energy was up
2.9%, followed by Industrials (up 1.5%) and
Health Care (up 0.8%) while Communication
Services dropped 2.3% and Consumer Staples
lost 1.7%
• In stock-specific news, the Trump
administration announced that Chinese-owned
TikTok and WeChat will be banned from U.S.
downloads starting this Sunday
• In another reversal from past weeks, the price
of oil jumped 3.75% and ended north of
$41/barrel
• U.S. Treasuries traded flat most of the week as
the 2-year Treasury yield was unchanged at
0.13% and the 10-year inched up two basis
points to 0.69%

Equities were mixed for the week, with the smaller-cap
names outpacing their larger cap siblings, a reversal of
most of the past couple of weeks, months and years. In
addition, the value names outpaced the growth names
on the week, another reversal. And to top it off, the
Energy sector was the leading sector of the 11 S&P
500 sectors, driven by an uptick in the price of oil.
While the week brought continued positive economic
news, Wall Street seemed to sour on what didn’t
happen as the Fed decided to not mess with rates at all
and leave them unchanged. Further, the Fed signaled
that rates will be low for 2022 and likely into 2023.
While both movers were widely anticipated, Wall Street
didn’t particularly like the no-news announcement,
especially the Financial sector stocks.

Some of the mega-cap names had a rough week, with
Apple dropping close to 5% and Facebook losing value
on rumors that the Federal Trade Commission was
preparing to file antitrust action against the social
media giant.

On Tuesday, September 15th, the Department of
Commerce reported that:

• Prices for U.S. imports advanced 0.9% in
August, after rising 3.3% from April to July.
Prior to that, import prices decreased 5.6%
from January to April. Despite the recent
increases, U.S. import prices declined 1.4% for
the year ended in August.
• The price index for U.S. exports increased
0.5% in August, after advancing 0.9% in July
and 1.8% in June. U.S. export prices declined
2.8% over the past 12 months, the smallest
over-the-year decrease since February 2020.

On September 16th, the Census Bureau issued a press
release that can be summarized as follows: retail sales
have been leading the 2020 recovery and since June
have exceeded February’s pre-COVID levels.
Specifically:
• Advance estimates of U.S. retail and food
services sales for August 2020 were $537.5
billion, an increase of 0.6% from the previous
month and 2.6% above August 2019.
• Total sales for the June 2020 through August
2020 period were up 2.4% from the same
period a year ago.
• Retail trade sales were up 0.1% from July 2020
and 5.1% above last year.
• Nonstore retailers were up 22.4% from August
2019, while clothing and clothing accessories
stores were down 20.4% from last year.

The University of Michigan said the preliminary reading
of its U.S. consumer sentiment index in September was
78.9, up from 74.1 the month before.

The University also released this statement too:

“Consumer sentiment improved in early September,
reaching the top of the range it has traveled since April.
While the recent gain was consistent with an
unchanged flat trend, the data indicated that the
election has begun to have an impact on expectations
about future economic prospects. The Michigan
surveys have traditionally asked consumers which
candidate they thought would win the election, not
whom they favored or how they intended to vote. The
data from July to September indicate a virtual tie.

This question has been asked since Carter ran against
Ford in 1976, and in every presidential election,
consumers correctly chose the winner, save one: when
Trump ran against Clinton in 2016, two-thirds of
consumers expected a Clinton victory. In one other
election had the data been as close as now – in the
1980 election that had Reagan over Carter by one
percentage point.

Note that the September gains were primarily in the
outlook for the economy, and it was Democrats that
posted gains in economic prospects while optimism
about the economy weakened among Republicans.
When consumers were directly asked which candidate
would be better for the economy and for their personal
finances, Trump was chosen over Biden as more likely
to benefit the economy and their finances, although
most consumers said there was no difference with
regard to their own finances. Over the next several
months, there are two factors that could cause volatile
shifts and steep losses in consumer confidence: how
the election is decided and the delays in obtaining
vaccinations.”