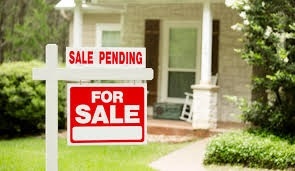 The Art & Science of Rebalancing

There is no question that COVID-19 has caused untold damage to your retirement portfolio. Whether you are a few years away from beginning to draw down your retirement funds or decades away, the pandemic brought us a couple of market corrections, a bear market, a few bear market rallies, and speculation as to when the next bull market might begin.

But how many people looked at their quarterly statements at the end of March this year and decided to sell out of equities and go to cash? Well, for those that did, here is what they missed:

Investors that sold out of equities back at the end of the first quarter might have been telling themselves that they were “rebalancing.” But they weren’t. They were panic-selling. Rebalancing is a very different concept.

Rebalancing is an exercise that involves selling the investments that have appreciated and buying the assets that have gone down in order to bring your allocations back in line with your original portfolio design. Rebalancing is not quite as simple as it sounds though – it’s as much a science as it is an art. Your advisor can help you with the science and the art of rebalancing.

The National Association of Realtors is the largest trade association in the country, representing close to 1.5 million members involved in all aspects of the real estate industry. Every month, the NAR collects and disseminates real estate sales data and on Monday, June 29th, the NAR released its “Pending Home Sales Index” and the results were beyond expectations by a long shot.

In short, pending sales of existing homes surged 44.3% in May, which is notable given that the previous two months saw declines and that housing was up significantly in all regions of the country in May. Further, when an organization like the National Association of Realtors uses words like “spectacular,” you can bet that even the data collectors were surprised by the results.

“The Pending Home Sales Index, a forward-looking indicator of home sales based on contract signings, rose 44.3% to 99.6 in May, chronicling the highest month-overmonth gain in the index since NAR started this series in January 2001. Year-over-year, contract signings fell 5.1%. An index of 100 is equal to the level of contract activity in 2001.”

“This has been a spectacular recovery for contract signings, and goes to show the resiliency of American consumers and their evergreen desire for homeownership,” said Lawrence Yun, NAR’s chief economist. “This bounce back also speaks to how the housing sector could lead the way for a broader economic recovery.”

More Data Later in the Week More economic data will be released later this week, including Mortgage Applications on Wednesday and Motor Vehicle Sales and Factory Orders on Thursday.