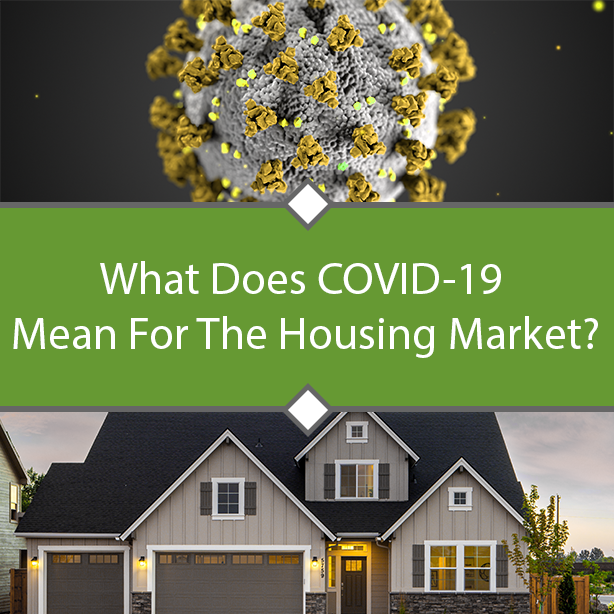 The National Housing Market and Covid 19

For many of us, our house is our biggest investment and asset. Consider these facts:

• According to the National Association of Realtors, the median existing-home price is approximately $280,000. Assuming at least 20% down, that translates into an investment of $56,000.

• According to Fidelity Investments, the average retirement account balance for an investor aged 30 – 39 is $38,400.

We spend a great deal of time trying to better understand the direction of the stock and bond markets, which sectors might outperform relative to others and how the price of oil might impact interest rates and our portfolios. But how much time do you spend understanding the direction of the national housing market?

Understanding the directional changes of various categories within the overall housing market – and why those changes are occurring or occurred – can help investors better understand the general economy and make more informed investment decisions.

It’s a topic people love to discuss – at the local level. Are homes in our neighborhood overpriced? When will “they” stop building new homes? Are we in the middle of another housing bubble? Can you believe how much so-and-so is asking for their house?

Let’s shift the conversation from the local housing market to the national one by examining current national housing data as well as the impact that COVID-19 has caused. But first, some perspective.

1. Coincident indicators change simultaneously with the condition of the general economy. Examples include real earnings and average weekly hours.

2. Lagging indicators occur after changes to the economy changes. Examples include changes in Gross Domestic Product, unemployment rate, and inflation (measured by the Consumer Price Index).

3. Leading Indicators occur before changes to the economy. Examples include retail sales, the level of new business startups and the most talked about one: the stock market.

Building permits must be issued by a government or other regulatory entity before construction of a new or existing building can legally start. The U.S. Census Bureau reports on the number of total monthly building permits every month. Here is what the most recent release captured:
• Building permits for privately-owned housing in March were down 6.8% from the previous month

• Single‐family authorizations in March were down 12.0% from the previous month.

Housing starts are the number of new residential construction projects that begin during any particular month. The U.S. Census Bureau reports on this data every month too and here is what the most recent release captured:
• Privately‐owned housing starts in March were down 22.3% from the previous month

• Single‐family housing starts in March were down 17.5%

The National Association of Realtors publishes monthly data on Existing Home Sales by compiling data of sales and prices of existing single-family homes nationwide, with breakdowns for the Northeast, West, Midwest and South regions.
Also known simply as home resales and including condos and co-ops (but not including new home sales), the Existing Home Sales metric accounts for the larger share of the market, but it is reflective of what happened, not so much of what is about to happen.
The NAR reported that for the month of March, Existing Home Sales dropped 8.5% from February as each of the four regions saw negative numbers, with the West reporting the largest decline. But there was some positive data from the NAR too:

• More than half the homes sold in March (52%) were on the market for less than a month.

Mortgage rates have a very large impact on the overall cost of purchasing a home and therefore can impact home-buying in general. But trying to tether mortgage rates to the housing market is a lot more complicated than you might think, because there are a lot of variables. Consider what happened in the midst of the COVID-19 spread, for example.

• The general consensus – which was logical – was that mortgage rates would continue falling if the spread of COVID-19 intensified, which it did.

• But instead of falling in March, mortgage rates went up dramatically.

Again, it is likely that your house is one of your largest assets and investments. And it’s an investment that uses leverage, which can be scary.
In simple terms, the definition of leverage is using borrowed capital to increase the potential return of an investment. Here is an example:
Recall that the median existing-home price is approximately $280,000, which translates into an investment of $56,000, assuming 20% down.
If you sell the house 5 years from now for $342,000 (that’s assuming appreciation of about 4% a year), then your return will be more than 100% on your investment (because your $56,000 down-payment “investment” turned into $118,000).
And while it’s true that leverage works to your advantage when the value of your house rises, it can also lead to big losses if the value of your house falls.
Take the above example. If you sell your house for $252,000 in five years, then you lost 50% on your investment (because your $56,000 down-payment “investment” turned into $28,000).

Thoughts from a Financial Advisor

The easy conclusion to make is that housing has been significantly impacted by COVID-19. Whether housing will bounce back toward the end of 2020 or trend downward through 2021 is anyone’s guess. That is especially true since the realtor’s mantra of “Location, Location, Location” applies as well – it really does depend on where you live.