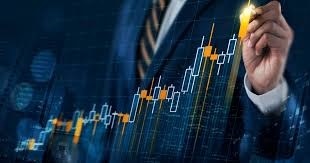 • The smaller-cap Russell 2000 Index dropped 0.6% on the week in stark contrast to the huge 4% leap made by NASDAQ

• The week was punctuated with more COVID19 news, some positive and some not so much and volatility trended down toward the end of the week

• While a few states were reporting more COVID-19 cases, Gilead Sciences announced that their clinical trials showed a 62% reduction in the risk of mortality

• There were two notable acquisition announcements that caused Main Street to notice, the first being when Warren Buffett agreed to buy Dominion Energy's natural gas assets for $4 billion in cash and the second when Uber agreed to buy Postmates for $2.6 billion

NASDAQ hit record highs again this week and the S&P 500 and DJIA were also up, but those larger-cap indices were not up as much as the previous week as worries that accelerating COVID-19 infections will slow down a recovering, but still fragile, economy.

While there seemed to be new COVID-19 data almost every hour of every day, there was a collective pause on Wall Street as investors digested the fact that the U.S. now has more than 3 million infections, with Florida, Texas and California continuing to report new daily record highs.

While no one expects businesses to shut down like what happened in March and April, there is fear that increasing cases will cause consumers – and businesses – to pull back from spending, thereby slowing down any recovery. But the announcement from Gilead Sciences seemed to reassure investors.

The markets also are trying to digest reports that another round of stimulus might be coming to Main Street. While it is still too early to know, the stimulus is expected to be somewhere between $1 trillion (Republicans proposal) and $3.5 trillion (Democrats proposal).

Investors also received positive news that the economy is recovering, but how the data is received likely depends more on whether you’re a glass half-full or halfempty type of investor. Glass half-full investors were pleased that initial unemployment claims dropped for the 14th straight week in a row whereas glass half-empty investors bemoan the fact that the initial claims number is still more than 1.3 million.

• Half-full: labor markets are bouncing back, as hiring in May stood at 6.5 million, which exceeded the listed job openings of 5.4 million

• Half-empty: The unemployment rate for insured workers is 12.4%

• Neither: The weekly MBA Mortgage Applications Index increased 2.2% following a 1.8% decline in the prior week

GDP Drops in All 50 States On

Tuesday, the Commerce Department’s U.S. Bureau of Economic Analysis reported that real GDP decreased in all 50 states and the District of Columbia in the first quarter of 2020. Further, the breadth of the percentage changes ranged from -1.3% in Nebraska to -8.2% in New York and Nevada.

Nationally, the leading contributors to the decreases were:

• Healthcare and social assistance; and

Markets Around the Globe

• China’s Shanghai Composite Index was up 7.3%